The Harry and Mary Meinhardt Memorial Scholarship for Student Veterans was established to honor the lives and legacies of Harry and Marry Meinhardt. The purpose of the scholarship is to provide financial support to student veterans who are in good academic standing and who demonstrate financial need (specifically as it relates to GI Bill eligibility). The scholarship program awards two $1000 scholarships per year (one fall award and one spring award) based on the eligibility criteria below.

Applicant must write a brief (200 word) statement as to how they feel the scholarship will allow them to exemplify the life of Harry and Mary Meinhardt. Please describe how Harry and Mary Meinhardt's legacy inspires you to further your education, serve your country, or be an example to others. Include contact information, including App State email and Student ID number.

Applications for military-affiliated scholarships are housed within ASAP - the Appalachian Scholarship Application Portal.

About the Harry and Mary Meinhardt Scholarship for Student Veterans

The scholarship was established in 2017 by Lise Meinhardt in memory of her parents Harry and Mary Meinhardt, to honor the men and women of the United States Armed Forces.

Harry Meinhardt enlisted in the United States Army right out of high school and served for thirty-one years. He was a veteran of World War II, the Korean War, and the Vietnam War. He rose from Private to Staff Sergeant before attending Officer Candidate School and being commissioned in 1952. During his Army career, Harry earned a Bachelor's degree in Business Administration and a Master's degree in Secondary Education. He retired as a Colonel in 1976 and received his Doctorate in Adult Education from NC State University in 1979. Harry's passion for encouraging higher education continued into his retirement as the Director of Continuing Education at North Carolina Wesleyan College, with employment at The College Board, and through support of the Military Officers Association of America, Cape Fear Chapter's ROTC Scholarship Fund.

Mary Meinhardt was Harry's high school sweetheart, his beloved wife for sixty-seven years, mother of their seven children, and a proud Army wife. She was an active volunteer in Army wives' organizations, military hospitals, and Post chapels wherever she and Harry were stationed, and on into retirement. She was an excellent seamstress and a talented musician. Mary's love for her husband and family was unending, and Harry's accomplishments are a tribute to her encouragement and support throughout their lifetime together. Harry was the head of the family, and Mary was its heart and soul.

Harry and Mary Meinhardt continued to be active in their church and the military community until their deaths just six weeks apart in the fall of 2015. They truly epitomized service and commitment to family, God, and country. 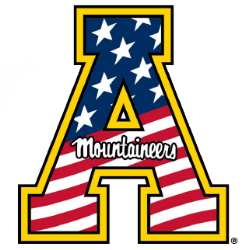 Through the generosity of our supporters, we have had the honor and  pleasure of hosting several events and professional development opportun

Langley and Sobczak Schell recognized by Military Affairs Committee May 31, 2022

Each year Appalachian's Military Affairs Committee (MAC) recognizes a student and a staff or faculty member who have provided exemplary service...

Mike Waters, lead consultant for Copier and Printing Services and supporter of Student Veteran Services, was selected to lay the Memorial Day...